Concordia Bank of Concordia, Missouri opened its doors for business on July 2nd, 1932, after two existing banks in Concordia, Missouri failed during the Great Depression. Starting out with a capital stock of $25,000, we have grown and prospered over the years. We serve communities throughout the west-central region of Missouri, including locations in Concordia, Laurie, and Odessa.

The Main Street office, in Concordia, still operates out of the same building that was built in the 1920's.  Also in Concordia is our Drive Facility, built in 1983.  The Laurie office began operation in 2001 and a new, bigger facility was built in 2008 to meet our customer needs.  The Odessa office began operation in 2006.  As customer needs kept growing, a new facility was built and opened in October 2016.

Concordia Bank is an independently owned, hometown community bank, priding itself on offering modern banking service with old-fashioned customer care. We were established to serve the financial needs of our customers, and no line of financial service is beyond our charter in reaching that goal. 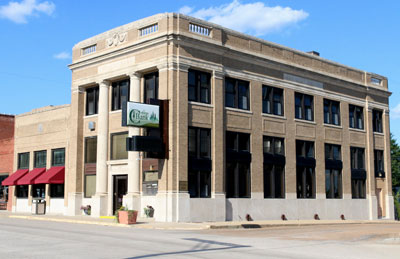